Almost nobody would describe Arthur Lough as impulsive. Thoughtful, yes; careful, yes; sometimes almost maddeningly thorough. But surely not impulsive. Except, that is, for his mildly annoying propensity to act on impulse when it comes to placing a telephone call at

the moment a noteworthy thought crosses his mind, irrespective of the time of day (or night).

If my phone rings at 6:00 a.m. or while I am eating dinner or at 11:00 p.m., it is usually Arthur, calling to share something he has just read or seen on TV which has provoked him or stirred up his thought processes. Most of the time, the subject matter proves interesting enough to overcome the mild irritation of being interrupted at an inconvenient moment.

And so it was that, last Monday night, just after I had sat down to dinner with my wife, the phone rang. It was, of course, Arthur. We had agreed to meet for lunch at his house on the following Wednesday, and his wife had just reminded him that that would be the first day of Lent, traditionally known as Ash Wednesday. Arthur follows the Anglican custom of observing Ash Wednesday (along with Good Friday) as a day for fasting. There would be no world-famous corned beef sandwiches at the Lough house on that day.

Arthur was still willing to meet on Wednesday, minus lunch, but I gathered from his tone that he would really prefer to devote the day to more contemplative pursuits. Each of our conversations might well yield material worth contemplating in retrospect, but none could be thought of, in the moment, as a contemplative exercise.

The rest of the week was pretty full for both of us, so we decided simply to meet again on Monday, as had become our pattern. Arthur renewed his offer to prepare lunch, and so I arrived at his home yesterday at noon, bringing along both my appetite and my copy of the book, Chasing Francis.

Arthur’s corned beef sandwiches may not be world-famous, but they were very good. Think of a classic Reuben—thinly sliced corned beef with Swiss cheese and Russian dressing on grilled rye. Instead of the sauerkraut, however, Arthur substituted a lightly dressed, crisp coleslaw. He called the sandwich “Comin’ Through The Rye,” and it was, as I said already, really, really good.

When we finished eating, Arthur made a pot of coffee, poured us both a cup, and we adjourned to the living room to talk. I had barely found a seat on the couch and set my mug of steaming coffee on the end table beside me when Arthur asked, bluntly, “Do you think a pastor should have ambition?”

The question caught me off guard, and before I had time to collect my thoughts and make some sort of reply, Arthur went on.

“A former student of mine sent me an email this morning. Well, here, let me read it to you.”

He lifted a sheet of paper from a small pile of books and magazines and other letters on the table beside of him, and began to read aloud.

I’ve told you before about the church I’m attending these days. It is an easy walk to the church from my apartment near campus, and I don’t have a car right now—I had to sell it to pay last semester’s tuition. The church is very convenient, but I don’t know how much longer I can go there.

The pastor is preaching a series of sermons on the marks of an effective leader and yesterday he noted, among other things, that a leader needs to have ambition. He said the church is burdened with ‘wimpy leaders who are like dead fish that float with the current.’ He quoted some famous Christian who supposedly said that we are supposed to ‘expect great things from God and attempt great things for God.’

He said that he was tired of hearing pastors say ‘God doesn’t expect us to be successful—only faithful.’ He said that was a cop-out, used by people who lacked the gumption to work hard at making a success of themselves.

He then went on to talk about his dreams and ambitions for his ministry at that church. By the time he finished, I felt like the main purpose for the people in the church is to assist the pastor in achieving his career goals.

So, I’m writing to ask you. Do you think that pastors should have ambition? Is it wrong to want to achieve success? What kind of model should Christian leaders follow if it is not one that equates ministerial success with the size of the church or the scope of the ministry?

I don’t know what it is about what the pastor said that makes me uneasy, but it definitely does. It seems inconsistent with the pattern of Jesus’ ministry and teaching, but I’m not sure why I feel that way. I hope you can offer some insight here. I look forward to hearing from you.

Arthur explained that Peter Hanley had been a student of his six or seven years ago and that he is now a graduate student in cultural anthropology at a major university.

“He is one of the brightest students I ever had in class,” Arthur told me. “He went through a period, while he was an undergrad, when he almost lost his faith. He started writing me at that time, and I wrote back. Then he would stop by to see me whenever he was in this area.

“I was walking through my own ‘slough of despond’ during a lot of that time, and I think helping Peter wrestle with his questions and doubts was helpful for me as well. There were times when I defended things I wasn’t sure I really believed anymore. At the end of the day, we were able to lean on each other, and I think we are both on much more solid footing these days.”

“Not yet,” Arthur replied. “That’s why I asked you that question.”

“Well, I see what you mean about Peter having a sharp intellect and a discerning mind,” I said. “That’s an insightful question, and I don’t think it can be answered with a simple yes or no.”

“A typical teacher’s response,” Arthur said, smiling. “But I agree with you. It all depends on

how you define the word ‘ambition.'”

“Exactly,” I said, sensing that Arthur was about to answer his own question and, thus, let me off the hook.

“I looked up the word ‘ambition’,” Arthur went on. “There are two different definitions. The first one defines ‘ambition’ as ‘a desire for success; a strong feeling of wanting to be successful in life and achieve great things.’

“The second one says that ambition is really just an objective or a goal that someone is trying to achieve. That’s a more generic definition and one less weighted with the need to accomplish something that would tend to exalt the achiever and produce a sense of arrogance or self-satisfaction.”

“My guess,” Arthur continued. “And it is only a guess, mind you, is that, whether he would admit it or not, the preacher Peter was quoting probably had the first definition in mind.”

“Why would you say that?” I asked.

“Because that’s the American way, isn’t it?” Arthur replied. “Here, let me read you one more thing.”

He shuffled through that same stack of books and things from which he had taken the email from Peter Hanley. Presently he found what he was looking for.

“This came yesterday,” he said. “A friend forwarded it to me. It’s from something called Q: Ideas For The Common Good. I don’t know much about it, but if all the articles they publish are as good as this one, I certainly want to know more. This article is by a woman called Amy Simpson, and it is some of the best stuff I have ever read on the subject of how a church should function and how a pastor should lead.”

Arthur read from the sheet in his hand:

Given the condition and reputation of business these days, I’m not sure why this is still happening. In recent decades, church leaders have stood before a constant parade of

books, articles, seminars, conferences and other resources designed to help them learn how to emulate businesses and business leaders. Some of these companies and their leaders are worthy of admiration; some might even serve as examples in one way or another. Still others manage their lives and businesses in ways that directly contradict what Jesus taught. Yet many pastors and other ministry leaders feel obligated and enthusiastic to learn from all of them—and in many cases, try to be more like them.

And then they say things like “How can we get more volunteers to come alongside us and help pursue our vision?”

I’m an idealist by nature, so ironically, I walk at the edge of cynicism most of the time. But I can’t be the only one who hears such words and suspects they really mean, “How can I get more free labor to implement my great ideas?” I certainly would interpret them that way if they came from the mouth of any business executive. 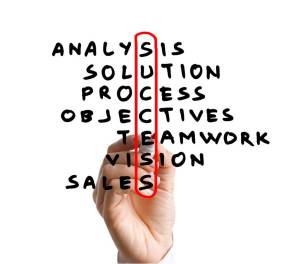 Jesus did not come to earth to establish a social institution—although a social institution is one way to express the church. He didn’t come to make us cooler, more successful, more efficient or popular. He came to draw all people to God—and to be the pathway that will take us there. Following that pathway, and calling to others to join us, is possibly the most organic process imaginable. The church is not a business—it’s the church. It’s unique. It doesn’t really make sense to pattern ourselves after anything.

Arthur laid the sheet of paper back on the stack beside him and then turned toward me with an expression that seemed to say, “What did you think of that?”

“Wow!” I said, in response to his unasked question. “That was great. Spot on.”

“I thought so too,” Arthur said. “And I think St. Francis would agree, don’t you?”

“I do indeed,” I said, as we each retrieved our copy of Chasing Francis and settled back to talk some more.