On March 22, I posted the following status update on my Facebook wall:

I have progress to report on the possibility of a new church in W or NW Columbus. You will be able to read it in my blog next week, but it is encouraging. I’ve always said that it might be that God was not saying “No” to that vision, but rather “Not yet.” I still believe that is what He is saying. The vision has not died!

I have begun posting announcements of future commitments as a way of holding myself accountable—lest I rationalize my way out of following through on them—and of forestalling my natural tendency to procrastinate. The problem with this pattern, I am finding, is that I post the announcement in a moment of enthusiasm and jubilant potentiality. Later, when the ardor has cooled and the chill of reality has settled in, it is difficult to recapture that original enthusiasm, or even to recall why I felt so optimistic in the first place.

I feel that way, at least somewhat, with regard to the announcement above. I posted it last Friday afternoon, just hours after a conversation which had left me fairly bursting with excitement. Nearly a week later, that enthusiasm has done daily battle with my innate cynicism, and if I had not made the public commitment, I could easily convince myself that any “progress” on this front is so incremental that to discuss it here, and especially to extrapolate future possibilities from it, would be premature in the extreme.

Still, I posted that Facebook announcement, and I further noted, when I released Podcast No. 13 on Tuesday, that I would address this subject today, and so I am going to do that. By the end of the post, perhaps I will have regained the enthusiastic sense of potentiality which I felt last Friday.

Several weeks ago, I received an email letter from a young man whom I had never met. He had undertaken a web search on the subject of church planting efforts in Columbus, OH, and had found this blog in the process. He knew quite a bit about me and my vision for St.

Patrick’s Church from reading my blog posts and the Prospectus which can be accessed here. After he shared a bit of his pilgrimage with me, we agreed to meet for coffee and conversation at the coffee shop not far from my office in Grandview Heights.

Just now, as I wrote the previous paragraph, it reminded me that I already introduced this young man to you and told you some of his story in a previous blog post. At that time, I called him “Will” and described him as a professional, in his early thirties, who lives in Columbus with his wife, a graduate student at OSU. They have no children.

His pilgrimage, though far different from mine in its particulars, has nonetheless brought him to a place very like my own with regard to our burden for the church and our commitment to the Kingdom of God.

At our first meeting in mid-February, we shared and listened for three hours. I could hardly believe that God had caused my path to cross with that of someone whose vision for the church and whose commitment to the Kingdom was so similar to mine. I joked with him that we are so much alike in that regard that one of us is unnecessary. Then it quickly dawned on me that I am thirty years older than he, and we agreed that we are both needed to carry the banner in our respective generations.

When we parted after that first meeting, neither of us knew if anything more would come of that encounter. I told Will that a multitude of similar contacts over the past few years, which had ultimately come to nought, had left me a bit jaded. I hoped that our paths would cross again, and, truth be told, I was emboldened to hope that we might end up working together in establishing a church in Columbus near OSU. We both acknowledged, however, that God is in control, and we are but His servants.

Early last week, “Will” emailed me again, asking if I was open to another conversation. I said I was, and we met for a second time last Friday. This time we were joined by a friend of mine who also shares the vision for a church like that which Will and I had talked about at our first meeting.

If I were guided by marketing principles, I might write something like: “Interest in the possibility of new church near OSU increases by 50 percent!” You and I both know, 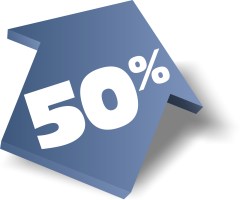 however, that any movement of that sort is barely incremental. But there does seem to be some movement, and that is something new.

It is far too soon to suggest, or even imply, that these two conversations represent any substantive momentum that will now begin to escalate until critical mass is achieved and the nucleus for a new church comes together. Still, it does seem to indicate some progress. And it reinforces, in my mind at least, the value of this blog for the future of St. Patrick’s.

We did not set a date for a third meeting, although we did discuss the possibility of future gatherings, of different sorts, including some that would consist of conversation, prayer, worship, and Eucharist, probably around a shared meal. If you live in the Columbus area and would have interest in participating in a gathering of this sort, to explore the possibilities of what God might want to do on the west or northwest side of Columbus, go to the “Contact” page of this blog, and send me a note on the form you will find there. I’ll keep your communication confidential, and I will keep you informed of future developments.

If, as you read this, you are not clear about what kind of church we are talking about, here are some ways you can find out. First, read the Prospectus you will find here.

I wrote that prospectus more than a year and a half ago, when I was actively functioning as an Anglican priest, so the church is described in Anglican terms. As many of you know, since the church did not develop as rapidly as some of us had hoped, I requested release from my Holy Orders as an Anglican priest. That request was granted last October, and I 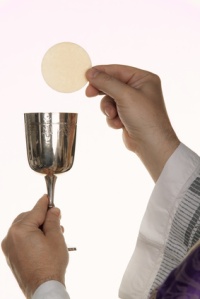 have appreciated the relief I have felt from the pressure (virtually all of it self-imposed) to produce something ahead of God’s timetable.

It is unclear, at this moment, whether the new church would be officially affiliated with the Anglican communion or whether I shall ever request the reinstatement of my priestly Orders. While those possibilities do exist, any movement in that direction would arise as a consensus decision by those whom God nudges to become part of the church’s original core group.

Second, you can go to the “Home” page of this blog and click on the “Categories” tab in the column on the right. Look for the subject of church planting, click on it, and that will bring up everything I have written on that subject as posts to this blog.

Finally, check out Podcast No. 13, which I released just this past Tuesday. It addresses a fundamental aspect of the purpose for which churches ought to come into existence, i.e. to serve as agents of the Kingdom of God.

Then, if you still have questions, again I would direct you to the “Contact” page of this blog. I’ll do my best to answer any question you may send me as succinctly and forthrightly as I can.

As I wrote in my blog post of March 3 (to which I referred above), two or three men from different generations with a common vision still do not constitute the critical mass needed to form the core of a new church. But the same God who brought us together around this vision can do that again and again until He makes it clear that it is time for the dream to become reality.

If and when that happens, no individual will be able to take credit for the outcome. It will happen because God did it. He will have brought together, by a variety of means, those people He has, even now, chosen to participate in this glorious but difficult challenge. And when we lift our voices in praise on that future day when this church, now but a vision, is then a reality, we will know that it came about because, just as God intends His church to be, we were all in it together.