Four times over the past couple of weeks, someone responding to something I posted on Facebook referred to me as a leader. Each time the term was preceded by an adjective. Twice I was called a Christian leader, once a church leader, and once a spiritual leader. Three out of the four references commended me for my role and service as a leader. The fourth was more along the lines of “You call yourself a leader and still write the stuff you do?”.

I have to tell you, being referred to as a leader took me by surprise. I don’t think of myself as much of a leader these days. Oh, I used to. When I was a pastor. And when, for nine years, I 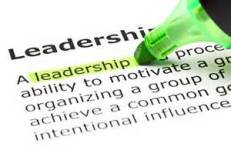 was the public face and voice for a small, parachurch advocacy group. Even when I was a teacher at a small, Mennonite Bible college. But not so much lately.

My public ministry essentially came to an end in 2008, when I was fifty-eight years old. I had been a Bible college instructor for fourteen years (adjunct for the first six years, full-time for the next eight). In addition, I was frequently invited to speak in churches or at conferences or to teach or conduct seminars and workshops in a variety of settings. When my teaching contract was terminated owing to my noncompliance with a bylaw requirement regarding church attendance, I was no longer a classroom teacher, and, as a consequence, the other opportunities for public ministry dried up as well.

For three years, I was essentially incommunicado. Not only had I lost my job, but my mother died, my daughter became a single mother, and my wife faced a serious health crisis, all within the span of a few months. I was consumed with anger, grief, and self-pity—the perfect recipe for deep depression. In short, I was a mess. I assumed my ministry was over, and since my ministry had pretty much been my life, well… you know.

Several of my friends encouraged me to take up writing, as a way to release the emotional pressure building up inside of me as well as to commiserate with—and possibly encourage—others who were going through similar circumstances. At first, I put them off. I didn’t have 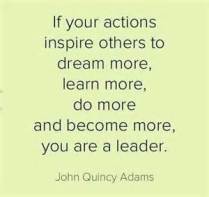 the energy to write. And besides (and I meant this sincerely), anything I could write either could be or already had been written by somebody else, and better than I could do it.

Finally, I yielded to the persistence of a couple of close friends and created this blog in 2011. I have now published nearly 300 posts like this. Along the way, I began using my Facebook page, which had started out merely as a means of keeping in touch with my former students, as a forum to illustrate the changes in my thinking that have come about over the past eight years.

My pen and my voice may have been silent for a few years, but my mind never stopped working. I had opportunity to think, deeply and seriously, about my life, my faith, my ministry. I started at the beginning—with a blank slate, a bare table, even a re-examined foundation. I began reconstructing the content, the fabric, the superstructure of my faith.

In the process, I renewed my commitment to discipleship and the principles of peace, justice, and simplicity which I had cultivated in more than twenty-five years as a Mennonite. At the same time, my love for liturgy deepened and matured, and I prepared

for Anglican holy orders. I was ordained a priest in 2011. Then I spent a year writing the story of my life and my pilgrimage as a Jesus-follower in an autobiographical novel called The Long Road From Highland Springs: A Faith Odyssey, which was published in August last year.

Does any of this qualify me for designation as a leader? Apparently it does in the minds of those four persons who wrote to me recently and made that connection in their comments.

I don’t know if it is true, but I can tell you this. If God is pleased to use anything I can do or say or write to encourage people in their walk with God, in their lives as citizens of the kingdom of God, in their experience as disciples of Jesus Christ, then I want to be faithful in that endeavor and grateful for the opportunity.

Some believe, I’m sure, that my circuitous pilgrimage is a sign of instability and a failure to focus. I have come to believe, rather, that it is a strength and a privilege for which I am more thankful every day. As a person of faith, I am in a place right now that gives me an inner peace and a genuine joy unlike anything I ever experienced before. And I would never be where I am if I had not traveled the road I’ve trod, with all its twists and turns and valleys.

My thanks to those who referred to me as a leader when they wrote to me recently—including the person who upbraided me for not being a very good one. You made me think. And you helped me gain a fresh appreciation for the great privilege leaders have to encourage, to 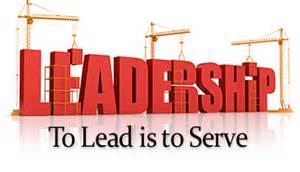 instruct, to influence opinion, and to provoke response.

I don’t feel like a leader. And God knows I don’t aspire to a position of prominence or celebrity. But I do have gifts and convictions and a certain amount of strength and energy, even at my advanced age. I prefer to think of myself as a servant, a steward, a disciple, a kingdom pilgrim. But a leader? Well, that’s for somebody else to say.