A friend once described my perception of Christian discipleship as eclectic, and he wasn’t paying me a compliment. He believed that I had drunk from too many different wells, had 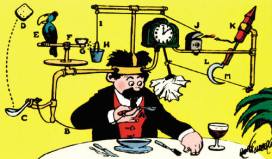 dabbled in too many different traditions, and the result was a sort of “Rube Goldberg” contraption that made Christian life far more complicated than it needed to be.

In response, I suggested that his perception of Christian faith, arising as it did from the tradition into which he had been born, was far simpler than it ought to be. By that I meant that his restricted exposure to traditions outside his own and his limited experience with approaches to Christian faith and practice other than in the community of his birth left him with a myopic perspective. His view of Christianity, I believe, is not merely more simple than mine, it is simplistic.

It is not possible to experience the full depth and breadth of historical Christian faith while limiting one’s exposure to a single tradition. Such an approach isolates the would-be disciple from elements needed for balanced practice and comprehensive belief. It “simplifies” the faith excessively, concealing or distorting elements outside the particular tradition’s comfort zone—and that is the definition of simplistic.

I know it can seem that I am making Christian faith and discipleship more complicated than they need to be, but that is probably an unavoidable consequence of my deeply-held conviction that no individual tradition or communion or denomination holds all truth. When I

first began to put that conviction into practice, more than thirty years ago, I never imagined the pain I would ultimately inflict upon myself and my family or the sense of homelessness and rootlessness that would ultimately be my lot.

Throughout my life and ministry for the past forty years, I have felt most at home among people who have understood my perspective on faith, life, and discipleship. Even if they haven’t agreed with all of it, I felt at home among them if I believed they at least respected it and genuinely wanted to identify with me whether they fully embraced my convictions or not.

When, as a fundamentalist, I came to believe that the kingdom of God was broader and more inclusive than I had been taught, I was no longer welcome in fundamentalist circles. I had to find a new home within a more mainstream evangelicalism. Later, when I developed convictions regarding biblical nonresistance and radical discipleship, it became clear that I would need to identify with Anabaptists (specifically, Mennonites) if I were going to live out those convictions in a likeminded community. I had to move again. Finally, when I felt drawn to a liturgical expression in worship and a deeper appreciation for the full scope of church history, there was no place where I could cultivate those new convictions within the Mennonite community with which I was affiliated. So I turned to Anglicanism. 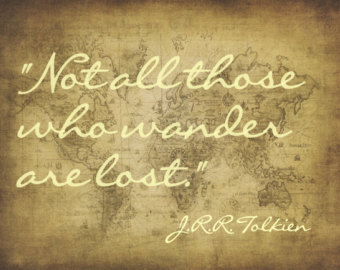 Some will look at that last paragraph and conclude that I am simply an ecclesiastical vagabond, a drifter who is temperamentally unsuited to sinking roots and staying put. [But can you really say that about someone who served a single communion (Anabaptism) for more than 25 years?] I did not change communions because I had a bad case of wanderlust. Each time I needed to move, it was more like an eviction than an adventure. More than once, I wanted to stay, but, as in the children’s game of musical chairs, when the music stopped, there was no chair left for me.

I came to the liturgical tradition with high hopes that I was, at last, home. And at first I thought I was. I know I really wanted it to be true, and I wrote about that in blog posts at 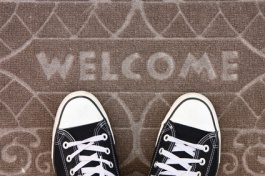 the time. Much of what I felt in those early days, I now believe, was really just my sense of relief that I could finally worship in a context where people understood what I was doing, and why, and didn’t demand that I constantly explain or defend my practice.

That initial euphoria wore off, however, and reality set in. I didn’t find my place in that communion—at least I have not yet done so—owing to the absence of some essential assets such as a context for active ministry and a network of contacts and associates. I needed to hit the ground running, so to speak, when I came into that communion. Instead, I hit a wall, and so I am still not well and truly home.

A good friend has offered me consolation by suggesting that God has given me the spiritual gift of prophecy which entails the pronouncement, by word and example, of truth that is often hard to hear. That may be why Jesus said that a prophet is not without honor except in his hometown.

I don’t want to be unfaithful to my call or unwilling to use my gifts, but, for what it’s worth, I really don’t want to be a prophet. I would love to find a Christian communion where I can worship the Lord Christ and serve His kingdom for the time I have left. Being a prophet is more than just using one’s gifts, however. It involves filling a role. I don’t necessarily want to fill a role. More than anything, I just want to go home.

2 thoughts on “I Don’t Want to Be a Prophet, I Just Want to Go Home”