I graduated from high school in 1967. I took a course in American History in both the eighth and eleventh grades, and both teachers were good at their jobs. But neither my teachers nor my textbooks exposed me to the information and the point of view presented by Roxanne Dunbar-Ortiz in her 2014 book, An Indigenous Peoples’ History of the United States.

I am no historian, but three observations seem indisputable. First, much of world history is the story of conflict—often between nations, races, or ethnic identities, but sometimes within the same people group. Second, the primary cause for conflict is economic and/or material, as when one group lays claim to some entity already claimed by another group (generally land and the wealth that comes with it), and conflict ensues. Third, the historical narrative describing the conflict, its causes and its outcome, is generally written by the winner. That was definitely true of the history textbooks I studied in school.

When Europeans arrived on the shores of what we now call North America, they found the land occupied by people who had already been there for hundreds, maybe thousands, of years. Grade school pageants depicting “the first Thanksgiving” paint a picture of harmonious interaction between the newcomers and their indigenous “hosts.” As Roxanne Dunbar-Ortiz makes clear, however, the relationship between Europeans and indigenous peoples was never harmonious. It started long before Jamestown and Plymouth, as a hostile invasion of a foreign land and the subjugation of that land’s vanquished defenders.

Near the end of the book, Dunbar-Ortiz quotes Jodi Byrd, a noted Native American scholar, who wrote, “The story of the new world is horror, the story of America a crime.” The author goes on to say,

It is necessary, she (Byrd) argues, to start with the origin of the United States as a settler-state and its explicit intention to occupy the continent. These origins contain the historical seeds of genocide. Any true history of the United States must focus on what has happened to (and with) Indigenous peoples—and what still happens.

Why is this perspective so important? The author continues,

It’s not just past colonialist actions but also “the continued colonization of American Indian nations, people, and lands” that allows the United States “to cast its imperialist gaze globally” with “what is essentially a settler colony’s national construction of itself as an ever more perfect multicultural, multiracial democracy,” while “the status of American Indians as sovereign nations colonized by the United States continues to haunt and inflect its raison d’etre.”

These quotes are part of the book’s conclusion, where the author summarizes the case

she has made in the previous 200 pages and extrapolates the nation’s future—a future likely marked by an ever-expanding military presence around the world and supremacy as a global economic superpower. The only antidote to this mindset, so perfectly if frighteningly illustrated in the “Make America Great Again” emphasis of the current administration, is to learn the lessons of the past and temper the bluster and bravado so common among US Americans with a dose of humility and contrition. That would require, however, a realistic reappraisal of US history from the perspective of Indigenous peoples, the first inhabitants of this land.

This book has some weaknesses. It is not original research, and some of the secondary and tertiary sources the author draws on are out of date and have been supplanted by more recent works. Some of the language and imagery seems excessively inflammatory. For example, she refers throughout the book to the European occupation of North America as a foreign invasion of sovereign territory, she calls settlers “squatters” on Indigenous lands, and describes the treatment of Indigenous peoples by the US military as genocide. She makes a strong case for all these images, but their usage is likely to be regarded as intemperate overstatement by those not already inclined toward her point of view. 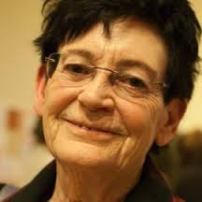 Roxanne Dunbar-Ortiz was born in 1939 and grew up in rural Oklahoma. She comes from Native American ancestry. Her mother was “part Indian, most likely Cherokee” who never came to terms with her Native heritage. As the author notes, “my mother was ashamed of being part Indian. She died of alcoholism.” Roxanne herself was an adult before she came to regard her Native American heritage as a positive element in her personal history. She has now been “active in the international Indigenous movement for more than four decades and is known for her lifelong commitment to national and international social justice issues.”

Every US American needs to read this book or one like it. Those who find any kind of written history tedious (even though this book is very well-written and not tedious at all) might want to take a look at another work, more recent (2016) and shorter, by this same author. It is called “All the Real Indians Died Off” and Twenty Other Myths about Native Americans.

Christians especially need to read a book like this. Faithfulness to the teaching and example of Jesus requires us to come to grips with the evil that our nation has perpetrated, both within our borders and around the world, often under the guise of spreading the gospel and doing the work of God. Nothing positive is to be gained—either for our nation or for our testimony as Christ-followers—from denying the truth that books like this one make known.

I know there are counterarguments to be raised in response to the perspective advanced here. Indigenous peoples were not and are not pristine examples of selfless behavior in all cases. Dunbar-Ortiz does not gloss over those bits of the story. In the end, however, the first inhabitants of this land and their descendants did not and do not deserve the kind of treatment they have received at the hands of those who believed in “manifest destiny” and the conquest of Indigenous peoples—even if it entailed unspeakable cruelty and slaughter—in order for the United States to extend “from sea to shining sea.”

I read recently that the first mark of a healthy mind is the ability to “let things go and move on.” I think I know what that means—we mustn’t obsess over perceived slights or even real injustice in the past when we cannot change what happened to us. On the other hand, US Americans are really adept, as a nation, at letting things go and moving on without appropriate concern for the victims of our irresponsible and selfish behavior in the past. While “moving on” may be a healthy attitude at times, there are some things so atrocious and inhuman (such as the Holocaust) that we must never forget, as a way of making sure they never happen again.

The true story of US American conquest of Indigenous peoples is a reality that we must never forget. More than that, we need to explore ways in which the wrongs of the past can be put right, or as close to it as possible, in the present and the future. For many of us, that means we will have to be exposed to this story for the first time. That is what Roxanne Dunbar-Ortiz has attempted to do in this book. It’s not a flawless attempt, but it is a good and necessary first step.

Note: This is the ninth in a series of fourteen special posts for Lent 2017. Each post references a different book, mostly recent works that I have found helpful and encouraging for my life pilgrimage, especially in light of major changes in my thinking and beliefs in the past decade or so. To read the introduction to the series that I posted on Ash Wednesday, click here. The posts follow the introduction in sequence and will generally be published on Tuesday or Wednesday and on Friday or Saturday each week through the end of Lent on Saturday, April 15.