It would be hard to find someone more predisposed to the Christian religion than I am. I grew up going to church every Sunday, and I didn’t hate it. In fact, by the time I was in my late teens, I was certain God had “called” me to devote my life to the service of the church and the gospel. That is what I have done. I have been ordained in three different denominations, and I have friends in virtually every major tradition of the church from the fundamentalist right to the progressive left.

You say your church is doctrinally orthodox, and you recite the Nicene Creed every week? I don’t care.

You say that, in your church, people speak in tongues, make prophetic pronouncements, and experience other manifestations of supernatural power? I don’t care. 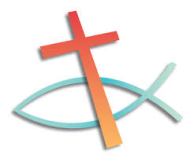 You say your pastor is a brilliant orator, an exciting motivator, and a wonderful teacher? I don’t care.

I don’t care how many members are on your roll or how much your congregation has grown in the past year. I don’t care how many were “saved,” sanctified, filled with the Spirit, baptized, confirmed, commissioned, or ordained in your services last week. END_OF_DOCUMENT_TOKEN_TO_BE_REPLACED

As I noted in my last post, Christianity took first century Europe, Asia Minor, and Palestine by storm. That is not the way I would describe the impact of Christianity on twenty-first century America. The Christian community has now been around for two thousand years, and its testimony hasn’t always been upright and noble. It has failed to emulate the character of its Lord, and familiarity with the history of the church has bred contempt for its message in many quarters.

The teachings of Jesus are still true and life-transforming, however, even if those who purport to follow Him have not always been faithful and consistent. The message of hope and forgiveness and a new kind of life made possible by the life and death and resurrection of Jesus is still the best news the world could hear, even if the messengers have not always borne it with grace and dignity. And yet the fact remains that, as long as Christians need to relate redemptively to a culture that may be apathetic or even hostile, there will be a need for churches where they can be equipped and encouraged, find healing and strength, share burdens, regain perspective, and renew their hope. END_OF_DOCUMENT_TOKEN_TO_BE_REPLACED

A lot of the rhetoric coming from proponents of church planting these days is ill-conceived and theologically inaccurate. For example, nobody is going to die and go out into a godless eternity just because a new church wasn’t planted in a particular neighborhood. Churches should not be planted out of the fear that, if we don’t raise up an institution of this sort, the work of God will not get done and the plan of God will somehow be thwarted.

Furthermore, it is inaccurate to compare the political, social, and religious culture of twenty-first century America to that of Asia Minor and Europe in the first century. The Roman Empire in the first century was characterized by a hodgepodge of belief systems ranging from mythological polytheism to philosophical agnosticism. While monotheistic Judaism existed, it was not an aggressively evangelistic movement. The number of Jews outside of Palestine was small, relative to the population at large, and the influence of Jewish faith and culture was limited. END_OF_DOCUMENT_TOKEN_TO_BE_REPLACED

I hate Sundays. Wait, I should be a bit more temperate and not so indiscriminate with a term I tell my grandson not to use. So I’ll re-phrase. I really, really dislike Sundays with a visceral aversion akin to hatred. I approach this day with a combination of dread and loathing so intense I know it will generate a bile in my inward parts that I can almost taste. Several times today I will wonder why I am gritting my teeth so hard that my head hurts. Then I will remember. Oh yeah, it’s Sunday.

If it were possible to go to sleep on Saturday night and not wake up until Monday morning, I would happily take that option. Sundays are just too disheartening, frustrating, and painful. END_OF_DOCUMENT_TOKEN_TO_BE_REPLACED

I have known for some time that “this day” would come, but even when I woke up this morning, I still didn’t know that this would be that day. Then I read a note by one of my Facebook friends, and I knew what I had to do. And so, today is the day that I officially come out.

In the same way that I recently publicized my change of heart regarding the role of women in church leadership, I am today making public a similar change of heart and mind with regard to those who identify as LGBTQ. I now believe that LGBTQs who follow Jesus Christ as Lord should be welcomed into the fellowship of the church with full acceptance and without restriction upon their ministry and leadership in the church if they are qualified for ministry in all other ways. Further, in the same way that I encourage celibacy before marriage and faithfulness in marriage for heterosexuals, I offer the same counsel and encouragement to those of same-sex orientation. END_OF_DOCUMENT_TOKEN_TO_BE_REPLACED

If the story of Jesus teaches us anything it is that God is on a mission. The gospel record of Jesus’ coming is simply a continuation of the Old Testament story of God at work, through his chosen instruments—Abraham and the nation that arose out of his descendants—to bring

redemption to the world and to set right the creation which has been damaged and corrupted by human sin.

After his baptism and temptation, which took place in the southern part of the Jewish homeland, the area known as Judea, Jesus chose to begin his formal and public ministry in the north, where he had grown up, in the region known as Galilee.

Here is the way Mark describes it in chapter one of his Gospel.

Now… Jesus came to Galilee, proclaiming the good news of God, and saying ‘The time is fulfilled, and the kingdom of God has come near; repent, and believe in the good news.’ (Mark 1:14)

It’s interesting that Mark, who records very little of the teaching of Jesus, preferring to concentrate on his actions—his miracles and works of power—nevertheless begins his account of Jesus’ ministry, after briefly mentioning the baptism and temptation, with a reference to something Jesus said. END_OF_DOCUMENT_TOKEN_TO_BE_REPLACED

During the month of October, I have taken up the challenge to publish a blog post every day. I have worked hard to avoid a negative or critical tone in what I have written. True, I did defend the role of the critic, especially when it is clear that the focus of criticism—as, for example, the church—is so clearly an object of the critic’s love and affection.

Still, knowing my tendency to embrace the critic’s task with excessive enthusiasm from time to time, I have tried to make my posts this month as positive and informative as possible. Only my readers can judge my success in that endeavor. END_OF_DOCUMENT_TOKEN_TO_BE_REPLACED

The church is unique among human institutions. It is composed of flawed and fallible people, but it serves a divine purpose in a way that nothing else can. The former reality means that it will, over time, suffer the consequences of human fallibility. It will experience imbalance, misdirection, and, sometimes, intentional corruption.

Because it serves a divine purpose, however, we have reason to hope that, when necessary, it can be purged of its excesses and reformed so that it once again serves the purpose of God more faithfully. END_OF_DOCUMENT_TOKEN_TO_BE_REPLACED

The late Roger Ebert (1942-2013) was something of a hero of mine. In some ways, I identified with him. Like me, he was a portly writer with a good sense of humor who lived in Chicago, my second-favorite city. Mostly, though, I respected him, especially for the

courage and fortitude he showed while suffering a debilitating and disfiguring cancer which ultimately took his life.

Roger Ebert was a professional critic. He criticized movies for a living, and he was good at it. He was the first film critic to win the Pulitzer Prize for Criticism. END_OF_DOCUMENT_TOKEN_TO_BE_REPLACED