Father Harold Stanhope removed the stole from around his neck—green, since September is Ordinary Time in the liturgical year—and laid it back on the shelf. Then he unfastened the rope cinch around his waist, took off his alb, and hung it on the rack next to the stole. After pouring himself a glass of cranberry juice over ice, he kicked off his shoes and settled into his favorite chair. It had been a good morning.

He had spent most of the past two hours standing—while preaching, celebrating Holy Communion, and greeting the people as they left the chapel following the service—and at age eighty-one, that was not as easy to do as it once was. Father Harry, as everybody called him, was tired, but he was also very happy. His ministry filled him with satisfaction and a deep sense of gratitude for the privilege of serving God in this place. END_OF_DOCUMENT_TOKEN_TO_BE_REPLACED

Speaking of Reformation, what if pastors, priests, and other pastoral leaders,

I’ve known for years that most people who have heard me preach think that I do a pretty good job. I hope that doesn’t sound like bragging. Truth is I’ve always assumed that if God calls you to do a particular work, he will also supply sufficient gifts so that, if you work hard, you can achieve at least a moderate level of proficiency in the task. I would hate to think that God called me to do something at which I would never be any good. END_OF_DOCUMENT_TOKEN_TO_BE_REPLACED

This coming Sunday, May 12, 2013, my wife and I will celebrate our fortieth wedding anniversary. If you were to ask me to identify the single most significant evidence of God’s unfailing care and concern for me as a Christ-follower and a minister of the gospel over

the past four decades, I would answer, without hesitation: “Three words—Shirley Lorraine Clairmont.”

That may not be the most romantic paragraph with which I could have begun a post in which I reflect on forty years of marriage, but it gets to the heart of the matter as pointedly as I know how. I have devoted my life to the service of Christ and His Kingdom. Forty years ago, Shirley joined me in that endeavor. It has been a team effort since then. She has been my greatest asset in all these years of ministry, and I am grateful to God for His faithfulness in bringing her into my life.

END_OF_DOCUMENT_TOKEN_TO_BE_REPLACED

There are some days when I almost regret having given Arthur Lough my cell phone number. When he called me last Tuesday to ask if I would like to attend the annual dinner of our local ministerium, at which he was to be the featured speaker, I thought that might

be one of those days. Turns out I was very, very wrong.

“How long have you known about this gig?” I asked him, before I responded to his request.

“They just called me about an hour ago,” he said. “Their scheduled speaker has fallen ill, and they are desperate for somebody to fill in. I think I was the third or fourth call they’ve made. Nobody is willing to take the assignment on such short notice.”

END_OF_DOCUMENT_TOKEN_TO_BE_REPLACED

Late last December, I decided to write a blog post in which I would communicate something of the frustration I was feeling in my relationship with the church and with Christian faith in general. It occurred to me, when I sat down to write, that I might be able to express myself more effectively if I created an alter ego and let him say the things I was feeling. Thus the idea for Arthur Lough was born.

When I wrote the post which I titled “Arthur Lough’s Crisis of Faith,” I expected it would be a one-time occurrence. It was fun to do, and it let me blow off a little steam in the third person. Then it seemed appropriate to do a follow-up post, and before you could say “fictional curmudgeon,” I was well into the series of eighteen (so far) posts which I have called “The Arthur Chronicles.”

END_OF_DOCUMENT_TOKEN_TO_BE_REPLACED

I declined Arthur’s offer of another cup of tea. He nodded, then went about the task of tidying up a bit while he waited for the kettle to boil. When it did, he poured hot water into his own cup, dropped in the teabag he had already used once, placed the kettle back on the stove, and returned to his seat at the table. He said nothing as he waited for his tea to

I sat there at Arthur’s table for another thirty minutes or so. At first it was a bit awkward, since neither of us knew exactly what we wanted, or needed, to say after Arthur’s moment of self-revelation. I could tell that his “confession” had left him a bit deflated. I think it must have been the first time he had admitted his dilemma, out loud, to anyone except perhaps his wife.

END_OF_DOCUMENT_TOKEN_TO_BE_REPLACED

Podcast No. 6 is now available. It is called “With Jesus In The Laboratory,” and it is about 9 minutes long. To download it as an mp3 file, click here. To listen to the podcast now, click on the button below. This podcast is also archived on the “Podcasts” page of this blog. Thanks for listening.

Almost exactly one year ago, I wrote a blog post in which I affirmed my lifelong belief that God had called me to vocational Christian ministry and repeated my intention to fulfill that call for the remainder of my life. I called that post “There Is No Plan B.”

Yesterday I published a post in which I described my current circumstances in stark terms. I laid out both the scope of my current ministry as well as the financial realities which my wife and I are facing. A few of my readers wrote to assure me of their prayers and to offer other expressions of encouragement.

Early this morning, after a mostly sleepless night, I sensed God saying 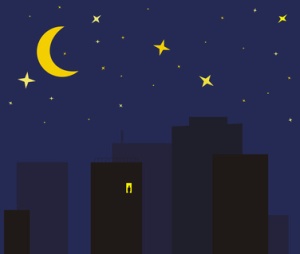 that I should re-publish that post from last February as a way of declaring, once again, that I am in this for the duration. I have edited that post a bit, adding some elements toward the end that reflect the current situation more accurately, but it is essentially the same content that I originally wrote. I meant it then. I mean it now. There is still no Plan B.

END_OF_DOCUMENT_TOKEN_TO_BE_REPLACED

The clouds which had covered the city like a heavy, grey blanket all morning were beginning to dissipate by the time I arrived at Arthur’s office for our weekly chat. These Monday afternoon meetings were becoming a new routine and, in some respects, the high point of my week.

The little bell above the front entrance announced my arrival as I stepped into the foyer, and I expected the door to Arthur’s office, which was only a few steps down the hall on the right, to swing open in welcoming response. It did not, and as I approached, I could hear Arthur’s voice through the door.

“Well, it is certainly your decision to make,” I heard him say as I opened the door and stepped inside. 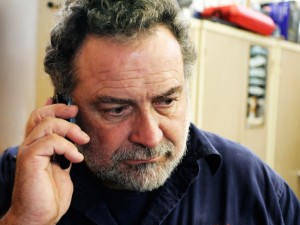 With the phone at his ear, he motioned for me to come in and then pointed to one of the arm chairs in front of his desk. I removed my hat and coat, hung them on a hall tree which had appeared since our last meeting, and took a seat where Arthur had indicated.

“No, no, I understand completely,” he said to the person on the other end of the call. “Perhaps it will work out at a later date. Yes, that will be fine. And thank you for calling.” There was a brief pause.