For a person with such strong opinions about, well, almost everything, I have an incredibly thin skin when it comes to criticism. I could have set that sentence in quotation marks, changed the “I” to a “you,” and attributed it to one of the scores of people who have said that to me over the years. I didn’t do that, because I want to make it clear I know it is true.

I can deal with certain kinds of criticism. (I won’t like it, but I can deal with it.) For example, people sometimes point out what they believe are logical inconsistencies or non sequiturs in my writing. I can deal with that because, most of the time, I can explain my thinking to show that the perceived gap in consistency was more misperception than reality. Moreover, when the critique is sound, and my logic really has been faulty, I can show genuine, if sometimes grudging, appreciation.

I have greater difficulty with the more subjective criticism of my character or my motives. In the first place, it is almost impossible to defend oneself against a critique that points up a flaw in character or motivation, whether or not the critique is true and accurate. In the second place, the critique is far too often both true and accurate. END_OF_DOCUMENT_TOKEN_TO_BE_REPLACED

Owing largely to my upbringing in Christian fundamentalism, until just a few years ago, I was completely convinced I had everything figured out when it came to matters of faith and doctrine. Oh, I had made some changes to my thinking in a few areas—as when I embraced the Anabaptist view of biblical nonresistance—but, for the most part, my beliefs and convictions were firmly established on conservative evangelical presuppositions. END_OF_DOCUMENT_TOKEN_TO_BE_REPLACED

I found your last letter both informative and encouraging. I also noticed something else as I was reading it, and I’d like to comment on that before we go further in this series.

In the past—and I base this comment on my experience as your student a few years ago—I think your responses to my questions would have been far more… well… for lack of a better word, academic. Frankly, that’s what I was expecting. Something like the lectures you used to give—carefully structured, logical, filled with scripture references to support your point. But that’s not really what you have been doing in your response to my questions, is it? END_OF_DOCUMENT_TOKEN_TO_BE_REPLACED

I’d like to pick up where I left off in my last letter, if I may, and to do that I’m going to draw on a blog post I published a year and a half ago. It’s pertinent, especially in the current political climate. I hope it’s also helpful.

The nineteenth-century Danish philosopher Søren Kierkegaard once said that being subjected to verbal criticism on a regular basis—what he called the martyrdom of ridicule—is much like being trampled to death by geese. END_OF_DOCUMENT_TOKEN_TO_BE_REPLACED

Thank you for sharing with me your current thinking about the place of the Bible in the life of the Christian and the church. I will need some time to ponder all that you wrote, but I have already found it helpful and thought-provoking. So, let me ask you this. Would you say that your attitude toward the Bible is the area where you have experienced the greatest change in the past ten years? If not, would you care to say what does fit that description?

Monday’s note was extremely helpful. It explained a lot to me about the direction and content of your thought and writing these days. What Would Jesus Do? It’s simple, succinct, elegant, and yet comprehensive in its own way. But it also raises a follow-up question, if I may. How do we know for sure what Jesus would do?

I mean, he lived two thousand years ago in a culture far different from ours. Yes, we have the Gospels that tell us most of what we know about the life and teaching of Jesus. But if all we need to do is read what the Gospels tell us about what Jesus said and did, why is there so much disagreement, even among Christians, about what it means to follow the example of Jesus today. END_OF_DOCUMENT_TOKEN_TO_BE_REPLACED

Thank you for the careful thought you are putting into your answers when you respond to my questions. As I look back on our email exchange so far, it is easy to see how you are shaping your replies into a progression of thought that is building your case in a logical, systematic fashion. I appreciate that very much.

Here is a summary of what I’ve heard you say up to now. Correct me if I have misconstrued your meaning or if I misunderstand your intent. 1. Change is sometimes necessary but seldom easy. 2. A change in thought or behavior is predicated upon a change in underlying presuppositions. 3. There is a subjective dimension to change, so that we never change until we feel the need to change—emotionally or intuitively. 4. In one important aspect of faith, you have not changed. You still believe in the historical existence of Jesus of Nazareth, his unique relation to God, the truth and power of his teaching and his life, and his death on the cross. END_OF_DOCUMENT_TOKEN_TO_BE_REPLACED

I enjoy listening to a radio program called On Being every Sunday morning on our local NPR station. I began listening many years ago when the program was called Speaking of Faith. Despite the name change, the format has remained fairly constant. The host, Krista Tippett, interviews people from a wide variety of backgrounds and vocations and academic disciplines about truth and faith and their general philosophy of life. Most weeks it is fascinating, stretching, and stimulating.

A few weeks ago Krista’s guests were two scientists—astrophysicists, I believe—who were also Jesuit priests. I found their conversation unusually informative and enlightening. I thought I would mention it here, since the theme—belief and doubt—ties in well with the post I published yesterday. END_OF_DOCUMENT_TOKEN_TO_BE_REPLACED

Picking up where I left off yesterday, I want to consider further the first of three important truths I mentioned at the close of that post. There I noted that the older I get, the less certain I am about a lot of things, and I am not troubled by that. In fact, unwarranted certainty very often breeds arrogance, while honest doubt encourages humility and deepens faith.

I have a theory. It is not something I have read anywhere, at least not that I recall. It is the product of gut feeling and personal observation, not surveys or scientific testing of any kind. I may abandon it tomorrow, but for today, here it is. END_OF_DOCUMENT_TOKEN_TO_BE_REPLACED

The Bible is a wonderful book. It is the story of humanity’s search for God and of God’s loving response. It is the record of God’s mercy in the face of human sin, and it shows us how God’s 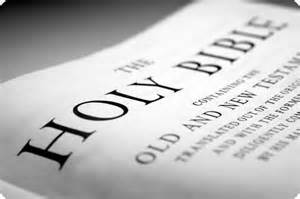 Join 149 other subscribers
Follow The Relentless Pursuit on WordPress.com