I recently happened upon the website of the Bible college from which I graduated forty-five years ago. I was particularly drawn to the audio recordings of presentations, mainly sermons, made in the school’s chapel services over the past few years. For nearly three hours, I listened to excerpts, ranging in length from two to twenty minutes each, from a dozen or more preachers. Many of the speakers were men I knew personally from my years as a student.

It’s hard to describe how the experience of listening to those voices from the past affected me. At first, I was nearly swept away on a wave of nostalgia, as their familiar speech patterns took me back to a time when life seemed simpler and the future was filled with promise. The longer I listened, however, the less positive I felt about the experience. END_OF_DOCUMENT_TOKEN_TO_BE_REPLACED

When I first pitched him the proposal that I should write a book encompassing the story of his life, Arthur Lough thought the whole idea was absurd. I know he felt this way because of something he said. 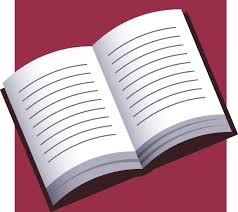 I believe his exact words were, “I think the whole idea is absurd. Who in his right mind would want to read the story of my life, unless possibly as a cure for insomnia?”

Leaving aside his implication that my writing style might put readers to sleep, I tried to counter his larger objection. “A lot of people care about you, Arthur. I think many of them would love to read the story of how you moved from Northern Ireland to the States and from fundamentalism to Anglicanism. Besides, our primary purpose would not be to write a bestseller.” END_OF_DOCUMENT_TOKEN_TO_BE_REPLACED

Arthur called last week to ask if I would like to accompany him to a baseball game. Columbus is home to a pretty good minor league team, the Triple-A affiliate of the American League’s Cleveland franchise. A friend of his with season tickets was out of

town on business, so he had given Arthur his tickets for the game he would miss while he was traveling.

Arthur’s wife, Ellie, is an enthusiastic baseball fan, and ordinarily she would have used the second ticket. On this occasion, however, she was involved in some sort of work-related activity which she could not circumvent, and so Arthur offered her ticket to me. I was happy to accept.

END_OF_DOCUMENT_TOKEN_TO_BE_REPLACED

Almost nothing about life after sixty (I’m nearly sixty-three) has turned out the way I expected it would when, as a youngster in my thirties and forties, I would occasionally look ahead to what I might experience when I became a senior citizen.

I expected that I would spend these years well established in some ministry setting, enjoying the fruit of a lifetime of faithful service to the church. I ex- 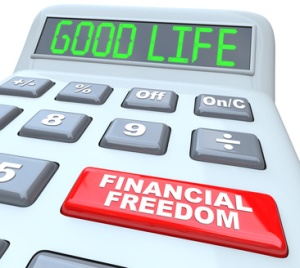 pected that I would be in demand across the country—and maybe around the world—as a conference speaker and itinerant preacher, having built a reputation for effectiveness and impact as a teacher and a pastor.

I never expected to lose my job as a Bible college instructor at age fifty-eight and, consequently, to join the ranks of the long-term unemployed. I never expected to retire. In fact, I don’t really think that retirement is a biblical concept. I certainly never expected to be forced into an early retirement, for which I am woefully ill-prepared, both economically and psychologically.

END_OF_DOCUMENT_TOKEN_TO_BE_REPLACED

In his letter to the first century church in Philippi, Paul described the kind of people we should seek to emulate if we are serious disciples of Jesus Christ. In sum, Paul wrote that he tried to live his own life in a way that would be worthy of our emulation. Here’s what he said in Philippians 4:9—

The things you have learned and received and heard and seen in me, practice these things; and the God of peace shall be with you.

That instruction simply echoes what he had earlier written, even more succinctly, to the Corinthians:

But Paul isn’t here with us in the flesh. So, to assist us in patterning our lives after him, Paul told us what to do. Here’s what he wrote in Philippians 3:17.

17 Join together in following my example, brothers and sisters, and just as you have us as a model, keep your eyes on those who live as we do.

That is, we are to follow people who look like Paul.  He was willing to set himself up as a pattern by which the quality of our “models” can be measured. And so, in an extended passage (Philippians 2:19-3:21), Paul described at least five categories of people we should try to be like. Five characteristics which should mark the people we emulate, especially our leaders!

END_OF_DOCUMENT_TOKEN_TO_BE_REPLACED

In the third chapter of his letter to the Philippians, Paul old us what constituted his highest goal in life, his most noble and worthy ambition. Here’s how he sid it in verse 10.

That I may know Him (Christ Jesus) and the power of His resurrection and the fellowship of His sufferings, being conformed to His death;

That’s the goal we should pursue, as well.  Paul’s worthy ambition should become ours, since, in Philippians 4:9, he told us to emulate him.  But Paul isn’t here with us in the flesh. So, to assist us in following his example, Paul has told us what to do:

3:17 Brethren, join in following my example, and observe those who walk according to the pattern you have in us.

That is, we are to follow people who look like Paul.  He was willing to set himself up as a pattern by which the qual

ity of our “models” can be measured.

And so, in an extended passage (Philippians 2:19-3:21), Paul described at least five categories of people we should try to be like. Five characteristics which should mark the people we emulate, especially our leaders!

First of all, we should follow the example of people who are concerned about the welfare of others more than the advancement of their own interests.

19 But I hope in the Lord Jesus to send Timothy to you shortly, so that I also may be encouraged when I learn of your condition. 20 For I have no one else of kindred spirit who will genuinely be concerned for your welfare. 21 For they all seek after their own interests, not those of Christ Jesus.

END_OF_DOCUMENT_TOKEN_TO_BE_REPLACED

I recently re-read the letter of St. Paul to the Philippians. It is short, beautifully written, with passage after passage that seems to cry out, “Preach me, prea

ch me!” On this occasion I was not reading the text in order to prepare a sermon. I was reading it as though it were a letter written specifically to and for me personally. And, as happens so often when I read the Holy Scriptures, it seemed as though I was reading it again for the first time.

As I read the text, I recalled that I had indeed used a portion of this letter as a sermon text about a year ago. After I completed my reading of the letter, I looked up the script of that sermon, and as I read it, God spoke to me through it. Even though I had written the sermon, God used it, a year after its composition, to touch my own heart and meet a need in my own life. It occurred to me that He might want to use that text to speak to you, as well, and so I am drawing on the text of that sermon as the basis for three blog posts, all under the title of “A Worthy Ambition.”

In the fourth chapter of his letter to the Christians in Philippi, Paul wrote these words in verse 9:

The things you have learned and received and heard and seen in me, practice these things; and the God of peace shall be with you.

That instruction simply echoes what he had earlier written, even more succinctly, to the Corinthians: