This coming Sunday, May 12, 2013, my wife and I will celebrate our fortieth wedding anniversary. If you were to ask me to identify the single most significant evidence of God’s unfailing care and concern for me as a Christ-follower and a minister of the gospel over 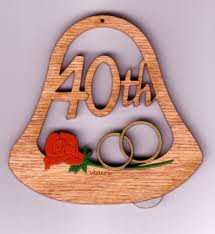 the past four decades, I would answer, without hesitation: “Three words—Shirley Lorraine Clairmont.”

That may not be the most romantic paragraph with which I could have begun a post in which I reflect on forty years of marriage, but it gets to the heart of the matter as pointedly as I know how. I have devoted my life to the service of Christ and His Kingdom. Forty years ago, Shirley joined me in that endeavor. It has been a team effort since then. She has been my greatest asset in all these years of ministry, and I am grateful to God for His faithfulness in bringing her into my life.

END_OF_DOCUMENT_TOKEN_TO_BE_REPLACED

On May 12, Shirley and I will celebrate our thirty-ninth wedding anniversary. Over the course of my life, many things have turned out differently from what I might have expected, and by “differently” I mean “less than expected.” My marriage, however, has exceeded my expectations in every way, thanks mainly to the grace, forbearance, and loving character of the woman it was my good fortune to marry back in 1973.

She is the most tirelessly selfless and self-giving person I have ever met. I have never heard her speak ill of another person, and her capacity for compassion and empathy knows no bounds. She is consistently kind and generous to everyone she meets and constitutionally incapable of holding a grudge.

Shortly after I enrolled in seminary many years ago, one of my professors described Shirley as “the stereotypical pastor’s wife” (and he meant it as a compliment). Whenever we have left one field of ministry in order to move on to a new area of service, people have routinely said, “We’re going to miss you, Eric… but we’re really going to miss Shirley.”

Before moving to Ohio twelve years ago, we lived in Virginia nearly twenty years. Before that, during the early years of our marriage when I was completing my college and seminary degrees, we lived in five other states in seven years. We have never owned property, which is one reason we have lived in twenty-seven different houses or apartments over the course of our married life. In all of this moving, from house to house and from state to state, I have never heard Shirley complain about not having “a place of our own.” She may very well be the least materialistic human being ever to walk on God’s green earth.

My grandfather always counseled me to marry “above myself.” I think he had in mind relative wealth and social standing. Both Shirley and I come from lower-middle class, blue-collar homes. So with regard to money and status, neither of us married “above” the other. In terms of personality traits and those characteristics which combine to make someone a “good person,” however, I hit the jackpot when I married her, and I know I made Gramps proud.

I have been in vocational ministry all of our married life, except for the years I was a full-time student and a few brief periods between ministries when I took a “secular” job to help tide us over. In that regard, Shirley knew what she was getting into when she married me. We never expected to be generously compensated for our ministry, but then again, we didn’t choose this line of work “for the money.” In fact, we didn’t choose this line of work at all. God called us into it, both of us together, and Shirley has never uttered even one syllable of dissatisfaction or regret—she has never lamented over “what might have been.” In fact, when our circumstances have been particularly grim, and I have been tempted to change fields and pursue some other occupation, it is Shirley who has consistently reminded me, “Remember your calling.”

Faithfulness to my calling and sensitivity to the leading of the Holy Spirit have not always resulted in positive outcomes or satisfying situations, at least not according to the standard by which professional success and accomplishment are usually measured. We began our ministry pilgrimage in Fundamentalism nearly forty years ago. Soon after we were married, we moved to the “kinder and gentler” environment of more mainstream Evangelicalism. Some years later, in response to the “nudging” of the Spirit toward a more radical expression of Christian discipleship, I enrolled in an Anabaptist seminary, and that led to more than twenty-five years of ministry among Mennonites. Eventually we were drawn to the mystery and beauty and reverence of the liturgical tradition in worship, and we sensed a need to identify with a communion which valued contributions from all twenty centuries of church history. That’s when we became Anglicans.

Transitions of this sort are not easy. In our case they have often been traumatic and emotionally painful. Each transition has resulted in damage to relationships with those who could not understand why we were “abandoning” them for something new. Those who had most warmly received us when we first joined them were often the most critical when we left. And of course, it took (and is taking) considerable time to feel at home in the new communion. Confidence had to be won, networks had to be rebuilt, feelings of suspicion and doubts about motivation had to be overcome.

We are in the middle of a period of adjustment and finding our place in a new communion right now. It is very, very difficult—more difficult than similar experiences in the past. Without Shirley, I would not make it. I am too old, too tired, too cynical. I don’t suffer fools gladly. I have little patience with those who waste my time, and I constantly chafe under the perception that my current situation is mainly “treading water” until God opens a door for active ministry once again. In all of this, Shirley has been, and remains, a rock to lean on, the one sure and unchanging human presence in my life.

I have been unemployed for four years, ever since my position on the faculty of a Mennonite Bible college was terminated owing to my turn in the direction of Anglicanism and the liturgical tradition. Two weeks after I lost my job, Shirley was diagnosed with breast cancer. Since my health insurance ended with my employment, Shirley had to continue to work full-time through the months of her treatment (including surgery, chemotherapy, and radiation) in order to maintain insurance coverage for our astronomical medical bills. I could never have done what she did, and all without one word of complaint, even when she was so sick that death seemed almost preferable to the side effects of treatment.

This is the woman that God, in His great mercy and grace, gave to me. And to my dying day, words will be inadequate to express my gratitude to Him and my love and respect and appreciation for her. It’s been one heck of a ride, and it’s not over yet.

Join 149 other followers
Follow The Relentless Pursuit on WordPress.com