On July 11, I sent an email letter to my bishop. In it I asked him to advise me as to the protocol I would need to follow in order to resign my ordination as a priest in the Anglican Church in North America. I knew that becoming an Anglican priest had been a long and complicated process. I assumed that leaving the priesthood might very well be the same.

That request was not an act of desperation. I had not fallen into a deep pit of despair to which I wanted to draw attention by doing something dramatic. I had not been rebuked or embarrassed or offended. I was doing what I believed I ought to do in light of my circumstances. I was doing what I felt my situation required me to do. Here’s what I mean.

My wife and I received the Sacrament of Confirmation as Anglicans in April 2009, after nearly forty years of service in the Free Church tradition. The transition to Anglicanism was difficult and costly. Still, it was necessary, given the convictions regarding worship and the church which God had planted and cultivated in us over the preceding five or six years. 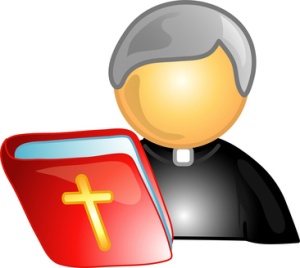 Since God had called me to vocational ministry while I was still in high school, and since I had served in some ministerial role for my entire career, it stood to reason that, if God had led me to Anglicanism, He had also prepared a place for me to fulfill my calling and exercise my gifts within this new communion.

Accordingly, in the summer of 2009, I made my first inquiry into the process I would need to follow if I were to seek ordination as an Anglican priest. I have described all of this in earlier blog posts as well as in the document called “My Spiritual Pilgrimage,” which you can access by clicking on the tab at the top of this post, if you are interested.

In response to my inquiry, the priest who was serving at that time as chair of the Vocations Committee for the diocese assured me that, given my background and experience, he felt sure that I was qualified for ordination. “What I don’t know,” he went on to say, “is where we will find a place for you to serve after you are ordained.”

Again, I have written elsewhere about how foreign this statement was compared to my previous experience in ministry. For forty years, except for the time that I was in school and perhaps one or two other brief periods, I had always been involved in service to the church for which I was monetarily compensated, i.e. paid—not a lot, but paid nonetheless. In short, ever since God called me to vocational ministry, He has always opened doors to areas of ministry where I could use my gifts and, at the same time, earn my living.

That is until now.

The chair of the Vocations Committee had made it clear that I could not be “generically” ordained. In other words, I would need to have in mind some sphere of service, some role or position or slot which my ordination would equip and authorize me to fill. That would be difficult, he noted, since there were precious few ministerial openings among the parishes of our brand new diocese.

In all candor, I was not terribly concerned. For nearly forty years, God had consistently opened doors for me, using different sorts of circumstances to bring me into contact with groups of His people who recognized my gifts and my calling and were eager to have me serve among them. In every case, these same people understood that, if I were to use my gifts in serving them, they would need to help meet my material needs through their faithful financial stewardship. That has been the pattern which has played out in my experience over and over.

When I met with the bishop in the fall of 2010, prior to my ordination the next spring, he agreed with me that, given my experience in teaching college-age young people and my special affection for that age group, it seemed only logical that a good “fit” for me would be to serve as a priest in a church near a college campus. There was only one problem. There was no such church in our diocese, at least not one with an opening for a priest on its staff. If such a church were to develop, it would have to be planted.

That problem did not seem insurmountable. After all, I live near Columbus, OH, the home of The Ohio State University with its more than 50,000 students. There is not one, single, orthodox Anglican church within ten miles of the OSU campus. And OSU is by no means the only college located in Columbus or the immediate vicinity. That an Anglican church with a vision to reach out to college students is legitimately needed should be a no-brainer, right? That’s what I thought. And that’s what the bishop believed when he ordained me to the priesthood in May 2011.

It is now more than a year later. The vision for St. Patrick’s Church and Ministry Center (which I have summarized in the Prospectus; you can access it above) has not materialized. God has not brought together a core group of people who are willing to commit themselves sacrificially to see this vision become reality. Nor has He made it possible for Shirley and me to move to the city where we had hoped to plant the church.

Since I have not been able to accomplish, in more than a year, the ministry for which I was commissioned at my ordination, I determined that the only reasonable thing for me to do—an action that reflected integrity and sincerity —was to resign my Orders. That, then, is what prompted my letter of July 11.

In response to that letter, the Archdeacon, 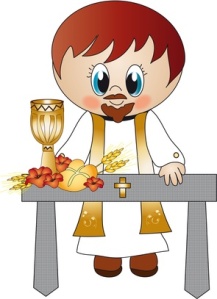 a priest who assists the bishop in the administration of the diocese, told me that I cannot resign my ordination since I received Holy Orders from a bishop who had been consecrated in Apostolic Succession. I have been ordained a priest forever in God’s “one, holy, catholic, and apostolic church.” Truth be told, I was actually glad to learn that. It is altogether consistent with the gravity and solemnity of the process of preparation for Holy Orders and the vows I made when I was ordained.

I was further told that, if I insist that I want to be released from the sacramental authority and responsibility of my ordination, I can request to be “laicized.” In that case I would be relieved of my sacerdotal (priestly) authority. I could no longer, as an Anglican priest, celebrate Eucharist or carry out any of the other sacramental functions which a priest is ordinarily authorized to perform.

On July 25, I met with the diocesan Canon to the Ordinary, another priest who assists the bishop and, in this case at least, serves as something of a “chaplain” for the clergy of the diocese. It was a good meeting, and as a result of that conversation I have agreed to take my request for release from my Orders off the table for the time being.

I’ve now had a couple of weeks to think and pray further about this matter in light of what I have recently learned. If you’re interested, I’ll be addressing some of the conclusions I’ve reached in a future post, perhaps the next one.

For now, I want to emphasize that my inquiry regarding release from my Orders was not an act of desperation nor an ill-conceived emotional eruption. There is nothing in the world more important to me than faithfulness to the calling and gifting which God extended to me more than four decades ago and which have been regularly affirmed by the people of God.

I know that I am likely looking at the last chapter of my active ministry (I am 62 years old). Still, I hope and pray that it will be a long and fruitful chapter. But time is passing, and I seem to be treading water. I’m trying to maintain a spirit of confidence and hopefulness. Thanks for your prayers. I do have more to say on this subject, but I need to save it for another time and bring this posting to a close.

Join 149 other followers
Follow The Relentless Pursuit on WordPress.com