The text of this post is drawn from the epilogue of my new book, The Long Road from Highland Springs: A Faith Odyssey. A book’s epilogue consists of a few thoughts, generally by the author, tucked into the book following the last chapter of the story. It offers a short

commentary on the book’s content or attempts to wrap it up with a concise conclusion.

The Long Road is an autobiographical novel. It is a fictionalized account of my life story, my spiritual pilgrimage, told through the experience of Arthur Lough, my alter ego. The book is written from the perspective of a third-party narrator who describes the events of Arthur’s life while punctuating the narrative with dialogue between Arthur and other key characters.

The epilogue differs from this pattern in that a portion of it was written by Arthur himself and is directed toward those who have just finished reading the story of his life. It is that portion of the epilogue which I have chosen to publish in this post.

If you’d like to read the book’s prologue, that preliminary portion in which the author prepares the reader for the narrative to follow, you can find it at the book’s listing on Amazon. Simply click on the title or the cover image above, and you’ll be taken immediately to the Amazon listing. You’ll find the opening sections of the book, including the prologue, by clicking on the Look Inside! feature. By the time you read the beginning and the ending of the book, I hope you’ll be interested enough in the story between them that you will want to buy the book.

Here, then, is Arthur’s contribution to the epilogue, to which, for the purpose of this post, I have given the title “No More Either/Or.”

I envy those who were fortunate enough to have been born into the right tradition. Those who are certain the beliefs they inherited from their parents require no testing. That their group’s history is noble and superior to other traditions, whether or not they know much about their history (or anybody else’s, for that matter).

I envy those who have never experienced the wrenching emotions and almost physical pain that accompany the dreaded but unavoidable conclusion that what you have grown up believing may not, in fact, be totally true. And that you are forced, by dint of growing convictions, to amend or supplement earlier beliefs and, yes, to change your mind.

It must be immensely comforting to make the sojourn from cradle to grave without having to wrestle with new ideas or to explore, and later embrace, a new pattern of belief which will

invariably be misunderstood and misinterpreted by family members, former colleagues, and friends. Unfortunately, I have not been so blessed.

Several times over the course of my life I have had to abandon some long-held assumptions and, at the risk of permanent damage to personal relationships, admit that my earlier understanding of truth had undergone a major revision, change my mind, and adopt a new heading.

That is not to say that each time I identified with a different tradition, I repudiated everything I had previously believed. Far from it! Every communion I have been a part of has contributed some important threads to the colorful tapestry of my life.

From fundamentalism, I learned the importance of standing up for what you believe. From evangelicalism, the need for biblical orthodoxy. From the Anabaptist tradition, the value of radical discipleship and biblical nonresistance. From Anglicanism, the beauty and mystery of liturgy and an appreciation of church history. All together, they have made me more tolerant, more balanced, and, apparently, unemployable.

From evangelicals I learned the importance of personal piety. From Anabaptists, the need for social responsibility. From Anglicans, the power of corporate worship.

From evangelicalism, I learned the benefits of variety. From Anabaptism, simplicity. From Anglicanism, order.

This is not a comprehensive survey of the comparative strengths of these traditions. I never sat down and drew up this list with any forethought or planning. Still, I’m convinced these statements illustrate why I can say that I have derived significant benefit from all the traditions with which I have identified over the years. I understand how these traditions have developed and how important it seems, to their adherents and devotees, to maintain the integrity of the tradition.

But I’ve come to the place where I don’t want to be forced to pick and choose among traditions, each of which highlights an important dimension of truth and experience. I’m tired of either/or Christianity. I want it all.

I know that is not very realistic. I lost a job I loved because there was apparently no way to reconcile my growing attraction to liturgical worship with the distinctives of the Anabaptist community to which I was relating at the time.

So I moved on to a liturgical tradition. I was prepared to devote the remainder of my life and ministry to that communion, but I found there was apparently no context in which I 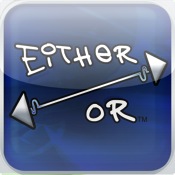 could use my gifts and experience to earn a living there unless I could find a way to create such an opportunity out of whole cloth.

So now I am once again forced to retreat a bit, catch my breath, and consider my options.

I have been tempted to quit, to walk away from organized religion in all its forms. I know that a lot of people have thrown in the towel on the institutional church. They have either found a home in some unconventional, experimental, or “emerging” expression of Christian community, or they have joined the ranks of those who describe themselves as “spiritual but not religious.”

I have been tempted to quit, but I won’t—probably—even though I was really burned out on church for a while. It dawned on me that the church, after all, is God’s idea, not ours. So no matter how much I may be frustrated with the contemporary manifestations of the church as I have found them, I don’t have the luxury of giving up on the idea altogether.

I know I am probably looking at the final chapter in the saga of my life and ministry, the final leg of the circuitous pilgrimage upon which I embarked many years ago and along which I have been guided by the Spirit of God. I am tired of being forced to choose which emphasis or distinctive is most important and which I am required to downplay or abandon altogether. From here on out…

This was the vision I tried to articulate for a church we hoped to see God plant and develop in Columbus, Ohio, near the university. It is still my vision for the church, and wherever God wants to bring it to reality, I want to be a part of it. The kingdom is everything, and…