On two or three occasions in my life, I’ve had a strong inclination to pursue a particular course of action, but, at the time, I could not honestly say whether I was being led by God or driven by my personal desires and inner impulses. On those occasions, I followed a consistent pattern. 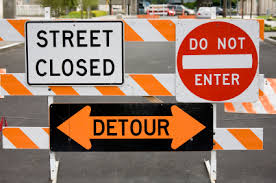 I told God (in a reverent and respectful way, of course) that I intended to forge ahead with my plans, since I felt so strongly about doing that, and if the course I had chosen was inconsistent with his sovereign plan, he could close the door or block the road. I wasn’t being obstinate or impertinent. I felt the time for movement had come, I was not clear about the will of God in the matter, and if, when it became clear, I needed to change course, I would readily admit my error and make the necessary change. I believe, over the years, God has honored that honest approach to knowing and doing his will.

On this day—November 21, 2014—at the threshold of my sixty-fifth birthday and the beginning of the new church year (November 27 and 30, respectively), I declare that I am implementing the selfsame pattern of operation as that described in the foregoing paragraphs. To wit, I am going to bring all my energy, intellect, and personal resources to the task of aiding in the formation of a new church. Not a new denomination or communion, but a new congregation. A new fellowship of Christ-followers. A new faith community dedicated to the goal of living and serving as the agent of the kingdom of God.

God brought Shirley and me to central Ohio fourteen years ago. We keep talking about possibly moving back to the area we left to come here. After all, six years ago, I lost the job that had brought us here in the first place. Shirley will retire next year. If our daughter and grandson decide to move away from here, what is there to keep us here?

Only one thing. It is not clear to either of us that God has given us the green light to move. Despite all that we have been through, this area feels more like home to us than anyplace else we have ever lived. And, as I have said many times before, if our calling is to serve the king and the citizens of the kingdom (and it is), then virtually every aspect of kingdom life and ministry can be pursued in this large urban center.

Of this I am fairly confident. The cause of Christ and the kingdom of God would be well served if a new congregation—self-identifying as the agent of the kingdom, dedicated to radical discipleship as advocated and exemplified historically in the Anabaptist tradition, committed to liturgical patterns in worship such as those preserved and delineated in the Book of Common Prayer and the Anglican tradition, and founded on the orthodox formulations of the Apostles’ and Nicene Creeds—were to come into existence in the vicinity of Columbus, Ohio.

With this post today, I pledge to do everything I can to make that kind of church a reality. I would hope to have opportunity to use my gifts in a church like that, but I am not doing this because I want a place where I can run the show. I just want to be part of what God will be doing. And if God doesn’t want it to happen, I know that, in his time, he will make that clear. Until then, I plan to forge ahead.

I have no idea what that will mean. I’m not even sure of the first steps, but I have some ideas, and I have some confidants with whom I plan to talk and pray. If you’d like to be part of that process and you live in the Columbus area, message me on Facebook, and we’ll get together. 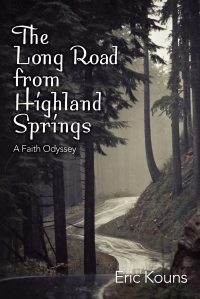 something of a description of it in the epilogue of my recent book, The Long Road from Highland Springs. The vision which Arthur Lough sketches out there is consistent with my vision for a new church. Thanks for reading, and thanks for praying that God will empower this vision or shut it down before it can do any harm.

2 thoughts on “Prayer for a Vision: Empower It, Or Shut It Down”