Look, if you want to point out how far I fall short of the qualities and traits I admire and write about, you’ll need to take a number. It’s a very long line, and I myself am at the head of it. If you would prefer that I not constantly draw unfavorable comparisons between the beliefs and convictions I used to hold and those I have come to embrace in recent years, again that’s a big club, and I’m actually a charter member.

It is possible, if you follow me on Facebook, that your finger has frequently been poised to press the “unfriend” button beside my name. So far, however, you have demurred because either you believe I will eventually self-destruct, or you still cherish some flickering hope that I will come to my senses and recant my ill-advised excursion to the dark side. Since neither is likely, our continued association may be short-lived. And again, that is an ever-expanding fraternity.

I don’t mean to make light of this situation. Every criticism hurts, and every departure by a former friend leaves a scar. I don’t mean to be deliberately provocative, but I do have something important to say, and I’m already in the seventh inning (or the third quarter or on the fourteenth hole). I may not be heading down the home stretch yet (horse racing metaphor, not NASCAR), but I’m definitely into the final turn.

For most of my life, I was confident and enthusiastic about what I believed, but I was wrong about a great many things, some of them fairly basic and essential. Most fundamentally, I misperceived and misrepresented God. That misperception led to distorted thinking and faulty conclusions about so many concepts that rest upon and arise out of what we believe about God.

I know that every time I make an admission like that, it causes a good many of my friends and former friends to wince. Not only do they fervently disagree with my new way of perceiving truth and reality, they also take offense at what they infer as either gloating arrogance or condescending pity from me toward them for their persistent, benighted ignorance and their inability or unwillingness to see the light. I get that. I regret that they feel that way, and I certainly do not mean to come across that way, but I do get it.

I am an introvert prone to bouts of almost debilitating depression. I would prefer to spend my time reading, learning Spanish and tai chi, and taking my grandson to the movies or the zoo. I do those things, but additionally I write. Mainly my blog and Facebook posts, but I wrote a book in 2014 (soon to be re-issued with revisions and a new title), and I’m working on two more. Everything I write provokes criticism, and I despise personal criticism, what Søren Kierkegaard called the martyrdom of ridicule and likened to being trampled to death by geese. So, why do I do it? 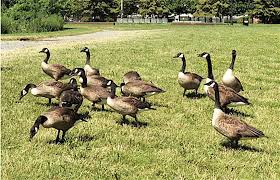 Because for most of my life, as I noted above, I misperceived and misrepresented God. I was honest in my beliefs and earnest in my efforts to establish those in my sphere of influence (parishioners, students, etc.) in that way of thinking, but I was wrong. I promoted a view of God and a way of thinking about the relationship of God to the created order—including human beings—that was not worthy of God. I preached a gospel that was not really good news. I encouraged a pattern of Christian discipleship that alienated many I now want to welcome and caused pain to many I now want to help heal.

I need to make amends. I owe it to those I once encouraged to embrace a belief system I now eschew. I owe it to those I inadvertently hurt by maintaining a view of truth and faithfulness I now find inadequate. I owe it to those who perceive or experience Christianity as energy-depleting when it should be life-affirming and spirit-transforming. Most of all, I owe it to God whose love and grace and mercy are so much wider and higher and all-encompassing than I previously understood.

And so, I’m still here when I would rather be someplace else. I’m still writing this kind of post even though I know it will provoke more of the criticism that hurts so much. I do it because I am compelled by God’s love, which I exemplify so poorly even though I have been touched by it so profoundly. I do it because, in the past, I caused pain—albeit unintentionally–to doubters, questioners, “liberals,” women with ministry gifts, and so many within the LGBTQ community, among others. I need to say “I’m really sorry” and “I’ve found a better way.”

I’m tempted to end this post on a note of confident assurance that I’m here for the duration, irrespective of the clamor raised by those who believe I have taken a dangerous detour from the way of truth. I hope that is true, and so far it has been, despite some dark days. But since some of those dark days are as recent as just last week, and since I know my weaknesses and foibles better than my critics, I think the nobler course is to acknowledge, with humility, a commitment to do my best.

This much is undeniably true. I have met God again for the first time, a God who is far more than I ever thought possible. That God has wrought profound change in my thinking, has given me a new way of seeing, and—as Dr. Cornel West is so fond of saying—has made me a prisoner of hope. And so, God enabling me, I intend to keep talking and writing about what that means for me, a twenty-first century Jesus-follower, and for the beautiful but troubled world in which I am privileged to live and to serve.